Get fresh music recommendations delivered to your inbox every Friday.

Lieutenant Onoda, a Panda, and the Abominable Snowman, in that Order

from Why do I have to name it? by furiousBall 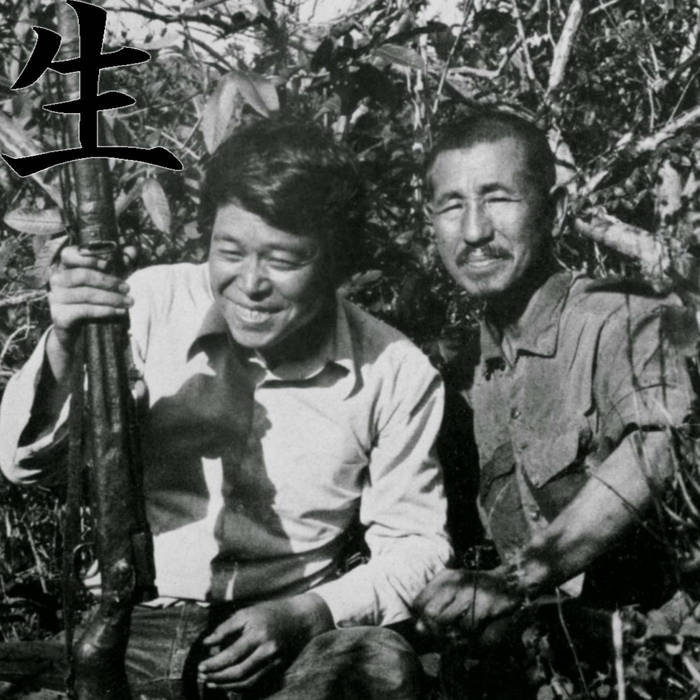 Hirō "Hiroo" Onoda (小野田 寛郎 Onoda Hirō, 19 March 1922 – 16 January 2014) was an Imperial Japanese Army intelligence officer who fought in World War II and was a Japanese holdout who did not surrender in August 1945.

Onoda continued his campaign as a Japanese holdout, initially living in the mountains with three fellow soldiers (Private Yūichi Akatsu, Corporal Shōichi Shimada and Private First Class Kinshichi Kozuka).During his stay, Onoda and his companions carried out guerrilla activities and engaged in several shootouts with the police.

The first time they saw a leaflet announcing that Japan had surrendered was in October 1945; another cell had killed a cow and found a leaflet left behind by islanders which read: "The war ended on August 15. Come down from the mountains!" However, they mistrusted the leaflet. They concluded that the leaflet was Allied propaganda, and also believed that they would not have been fired on if the war had indeed been over. Toward the end of 1945, leaflets were dropped by air with a surrender order printed on them from General Tomoyuki Yamashita of the Fourteenth Area Army. They had been in hiding for over a year, and this leaflet was the only evidence they had the war was over. Onoda's group looked very closely at the leaflet to determine whether it was genuine, and decided it was not.

One of the four, Yuichi Akatsu walked away from the others in September 1949 and surrendered to Filipino forces in 1950 after six months on his own. This seemed like a security problem to the others and they became even more careful. In 1952 letters and family pictures were dropped from aircraft urging them to surrender, but the three soldiers concluded that this was a trick. Shimada was shot in the leg during a shoot-out with local fishermen in June 1953, after which Onoda nursed him back to health. On May 7, 1954, Shimada was killed by a shot fired by a search party looking for the men. Kozuka was killed by two shots fired by local police on October 19, 1972, when he and Onoda, as part of their guerrilla activities, were burning rice that had been collected by farmers. Onoda was now alone.

On February 20, 1974, Onoda met a Japanese man, Norio Suzuki, who was traveling around the world, looking for "Lieutenant Onoda, a panda, and the Abominable Snowman, in that order". Suzuki found Onoda after four days of searching.

After finding Onoda, Suzuki quickly found a wild panda, and claimed to have spotted a yeti from a distance by July 1975, hiking in the Dhaulagiri range of the Himalayas. He married in 1976 but did not give up his quest.

Suzuki died in November 1986 in an avalanche while searching for the yeti.

from Why do I have to name it?, track released December 21, 2017
Consulting Engineer: Anthony Ilczuk

Former lead guitarist for 13 Stories and Spiral Galaxy Collision, Also, please check out my other projects, Camino Sound and The Fondaleros

Bandcamp Daily  your guide to the world of Bandcamp

The Hammer and The Relentless from the Boston band Malleus stop by for a chat.